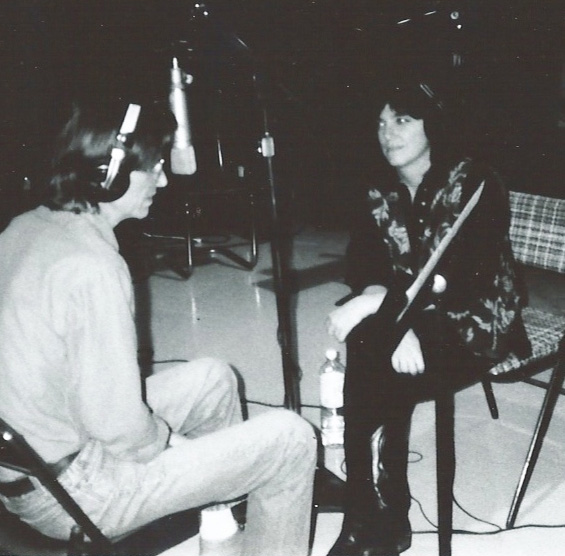 One afternoon in 1995 I came home and found a message from Waylon Jennings on my telephone answering machine. Life had been a lot like an Easter egg hunt of late with good things showing up around just about every corner, so I can’t say the call surprised me so much as delighted me.

With no budget we had begun piecing together an album (which later would be titled “West Texas Heaven” but I’d not yet written the song) and had a couple of tracks recorded with Willie Nelson at his Pedernales Studio west of Austin in the hill country. Joe Gracey was recording an artist who had purchased a block of time so once they were finished for the day we could sneak in and utilize the left over night hours at no cost. Having no money for a band, we were cutting tracks with just the vocals and acoustic guitar, jesting that we could “always overdub the band later.” Gracey had nicknamed me “battleship Kimmie” because of my unconscious faith to keep sailing in the right direction, knowing things would all work out, which they always did. However backwards, from my point of view I figured if I had Willie readily accessible and happy to record with me then I already owned something more rare than money and a band so didn’t question much of anything. When you’re flying blind, life is a bit like a game where you wait to see what falls into the picture next and have no choice but to trust that things are landing in the right order. I’ve seen this happen time after time after year after year and decade after decade now and it’s the fun of it, really. After a while you realize you’ve wandered too far out to turn back anyway so you just keep walking the road you’ve taken as it unravels.

So, once I had played the message from Waylon multiple times (and for the amusement of all the other house members) it began to dawn on me that what he was saying was he liked my song “I Just Drove By,” wanted me to call him back and had given me his number, which I eventually screwed up the nerve to dial, so was soon speaking with the deep rich voice of the hero I’d never met. It’s another story, which I’ll get to sometime later, but after some demo mailing and a little more phone calling one thing led to another and we decided to record a couple of songs I’d written, “Be Mine” and “Maybe We’ll Just Disappear.” 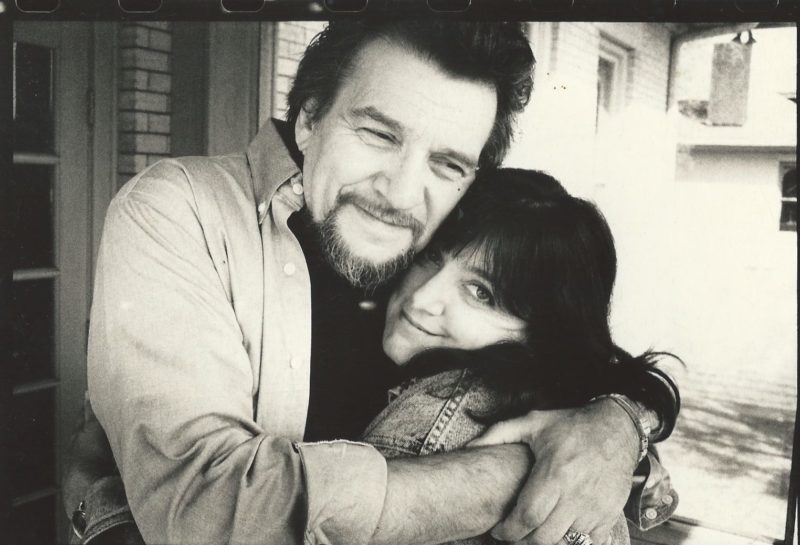 Looking back I marvel now that it never truly occurred to me that we had no more funds with which to produce a recording session with Waylon than we’d had with Willie. I guess I had learned by that point that all you really needed was the studio and the song. Willie had enjoyed recording that way with me pointing out that no matter what we added later it would be impossible to ever “remove the heart from it.” I picked up the phone and called our infamous buddy and mentor Jack “Cowboy” Clement, who had a very trippy fantastic place in Nashville, “The Cowboy Arms Hotel and Recording Spa” and told him the news, explaining that we needed to use his studio and would find the money to pay the engineer but would have to swap him something for the time. Besides having been for a short era Waylon’s brother-in-law the ingenious Cowboy had produced earth-moving records on him (my favorite, “Dreaming My Dreams”) Once I’d made Jack understand that we would also, due to lack of funds, be recording with no band he agreed to let us in under the non-negotiable condition that I hire a bass player to keep us in line. Knowing he was right, I acquiesced to finding the money to pay the legendary Johnny Cash sideman, Joe Allen, whom Cowboy suggested, knowing he was a fan of my singing so might agree to nail down the rhythm for my drummerless session.

A couple of weeks later on the eve of the event we were hanging in a Nashville bar when in walked Townes Van Zandt. With Gracey voicelessly writing to him on the child’s toy “magic slate” explaining that we were in from Austin to record with Waylon at Cowboy’s next day I interjected, “Hey, why don’t you come sing a song with me?” He agreed and it wasn’t until later that I realized I’d just enlisted the Shakespeare of Americana songwriters to record one of my own songs with me the next day without actually having the song. (So much for all you needed was a studio and a song!)

By morning when we arrived at Cowboy’s I’d mused over it and remembered a song I’d written recently titled, “I’m Gonna Fly.” Unlike all the others I’d ever written, I had finished this one without ever really knowing what it was about. When I had reached the end of writing it I did feel that familiar “tone” that assures me I’ve said what I meant to communicate but this time it had been more like when you wake from sleep and can’t remember exactly what you dreamt but know how it made you feel. If that makes any sense, that’s why I decided this song, which was really more of a poem, might be the perfect one to record with Townes. Besides, it was the one I had.

The recordings with Waylon went great (still another story) and my friend, Beth Nielsen Chapman, an incredible songwriter (who as it turned out had been the one who had generously pitched Waylon my song in the first place) was at the session and having mistakenly taken her for an extremely accomplished pianist, I invited her to play on the track with Townes. True to her indomitable spirit and adaptability she excused herself and went into the piano room to practice and invent a part, which became a stunningly simple and beautifully childlike solo bit. By then Townes had arrived in a very drunken and fragile state, though still way cool and quietly sweet and we went into the studio where I timidly began to show him the song. The idea was that Townes and I would play acoustic guitar, Joe Allen bass and Beth piano. All the songs were being recorded all together “live” and in one or two takes. It became immediately apparent that Townes wasn’t going to be able to keep up so Joe Allen graciously offered that we might record the track and then overdub his vocal. Townes was shuffled off into the control room to further imbibe whilst we laid down the track and then Beth and Joe Allen went away and Townes returned.

Townes was seated about two feet away from me and I had placed the lyric sheet on a music stand beside him. He motioned for me to move closer and said, “OK… here’s what I’m gonna need you to do. Put your knees on mine.” I guessed this was to steady him in some way and complied. Once we were settled with both knees touching he instructed, “Now, when it’s time for me to sing a word I want you to point to it.” Hearing all of this from the control room, the engineer, David “Fergie” Ferguson started the playback and as the track began I waited through my first verse for the second verse, which Townes was to sing and then one by one touched each word of the phrase… The sunbirds song’s for what he longs for… Other loves may shine as bright but not in my eyes… which Townes sang, but then he stopped and began to cry. Fingering away tears he said, “This is a beautiful song.” In that moment I understood what the song was about, except through his eyes, or ears as it were. Forging on with a few more stops and a little more crying and still pointing at each word I sang dumbfoundedly to myself, “Ooohhh dear, this is sooo aaamaaazing but I’m afraid weeee aren’t geeeetting anything weeee will beeee aaaable to uuuse.” Finally we settled in and made two uninterrupted passes and went into the control room to listen back. Not only were both takes usable but every note Townes sang was calloused with a show stopping grace coming from somewhere deep inside his ironic and soulful heart. 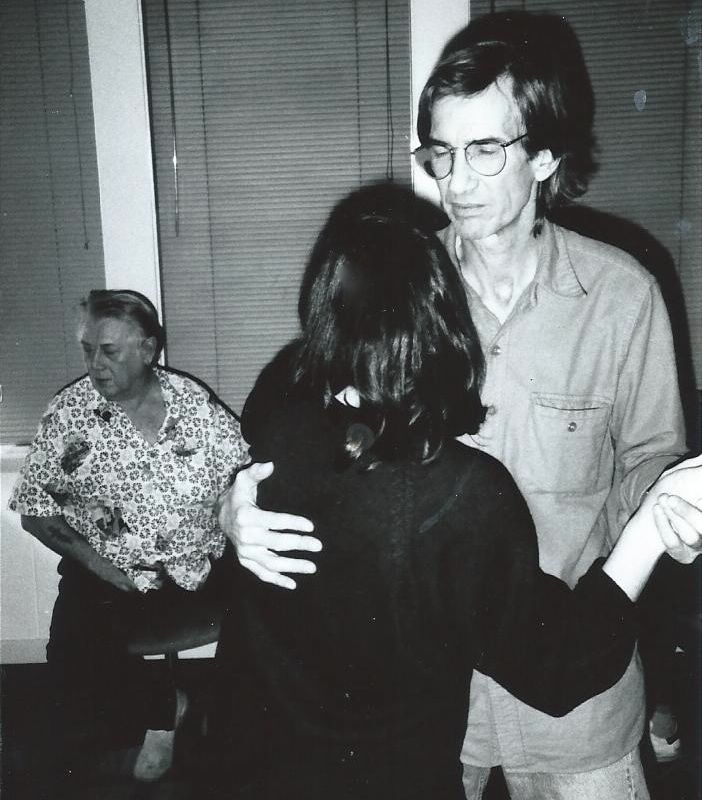 We spent the rest of the night laughing and smoking, dancing and drinking, listening to the days work, swapping lies and singing songs down in Cowboy’s office, which was unchallenged as the best hangout in town. Townes sang his famous rendition of the Lawton Williams lament “Fraulein” and at one point Cowboy got mad at Townes because he said he’d “made him too intimidated to even play a C chord by badgering him about everything he played” (which was true.) Lucinda Williams showed up for her duet 4 hours late so that didn’t happen but she hung out with us anyway as did David Conrad, the gifted songman who was about to become my publisher for the next ten years.

I have no way of knowing but I’ve been told that was the last recording Townes ever did. He died a few months later leaving me with the memory of a timeless moment where when filtered through the guy that was Townes Van Zandt I sat there fully understanding how a “heart can only make one sound like a whippoorwill in the midnight.”