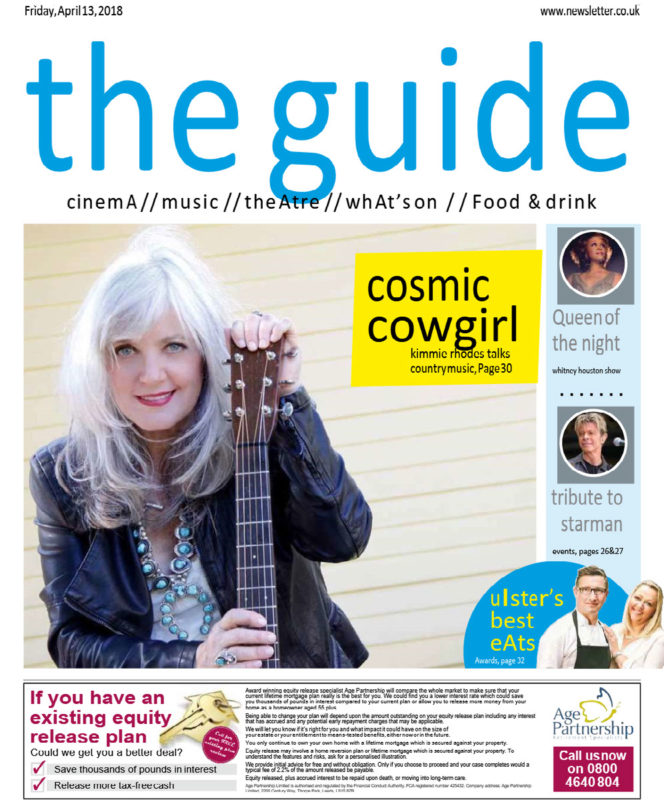 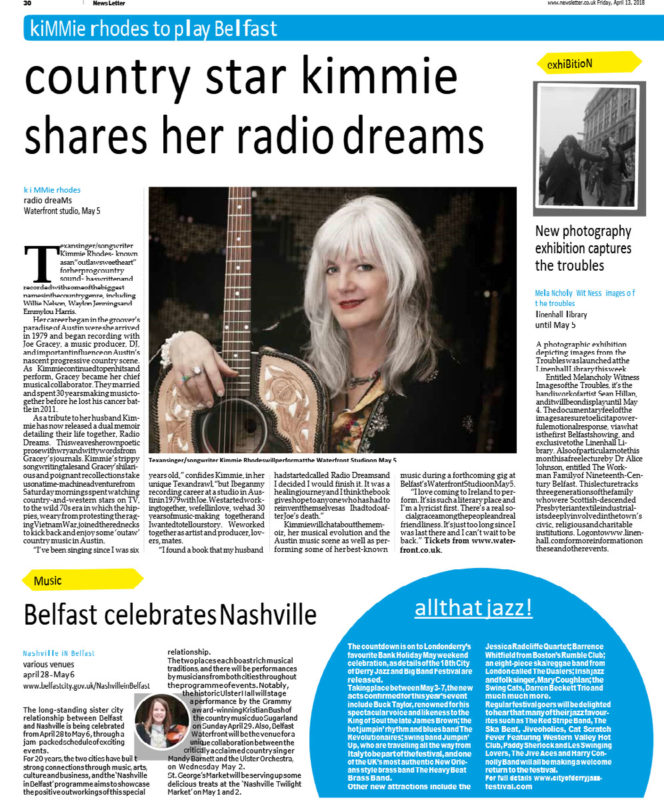 I just spent a great week with John Gardner (my fave drummer who has played on many of my recordings since the mid 90s) and his wife Jennifer. John, who teaches music at ETSU University in Johnson City, TN,  hosted songwriting and music business lectures with me at the ETSU Reese Museum and the Appalachian Studies Department. We played “live” shows on NPR Radio WETS-FM ‘Studio One’ (hosted by Dave Carter) and I did an interview with Susan Lachmann for WETS-FM “Women on Air.” Also did a live show on WBCM Radio at The Birthplace of Country Music Museum in Bristol, Virginia “Early Morning Americana” (hosted by Josh Littleton.) Then we ate a burger at the famous Burger Bar (claim to fame being the last place Hank Williams ate.)

Happy to say that my Radio Dreams book is now in the book shop at the Birth Place of Country Music Museum where plans are now in the works for future events there.

We played a private house concert and book signing and  then a gig at the famous Down Home venue with a stellar band of players John put together. The audience was fantastic.

Links and pictures are posted below along with excerpts from a couple of the radio shows. 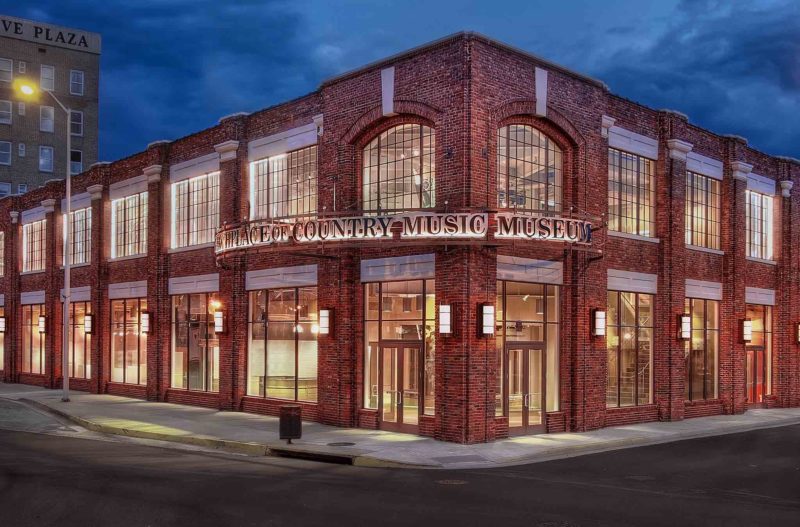 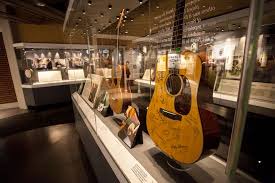 The Birthplace of Country Music Museum, an affiliate of the Smithsonian Institution, tells the story of the 1927 Bristol Sessions recordings by the Carter Family, Jimmie Rodgers, Ernest V. Stoneman, and others – recordings that were influential in shaping the sounds and practices of early commercial country music. The museum explores how this rich musical heritage lives on in today’s music, and how music from our region continues to influence music around the world. 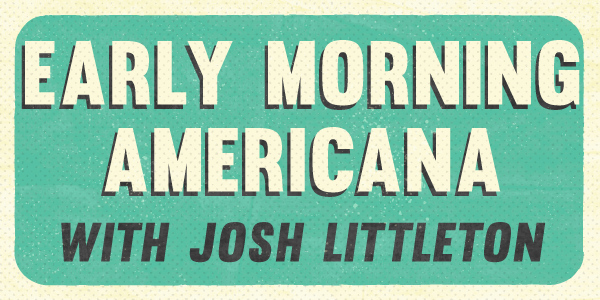 Join Josh Littleton every weekday morning from 7:30am to 9:00am Eastern for “Early Morning Americana” featuring a wide variety of the most recent Americana releases with a healthy dose of bluegrass and classic country mixed in ensuring you’ll wake up bright eyed and bushy tailed. 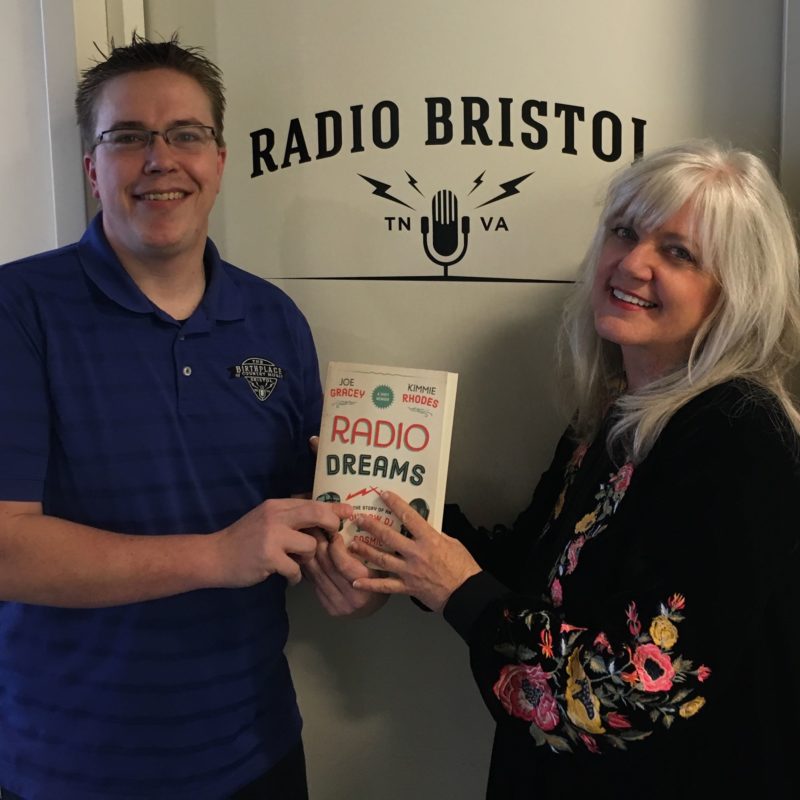 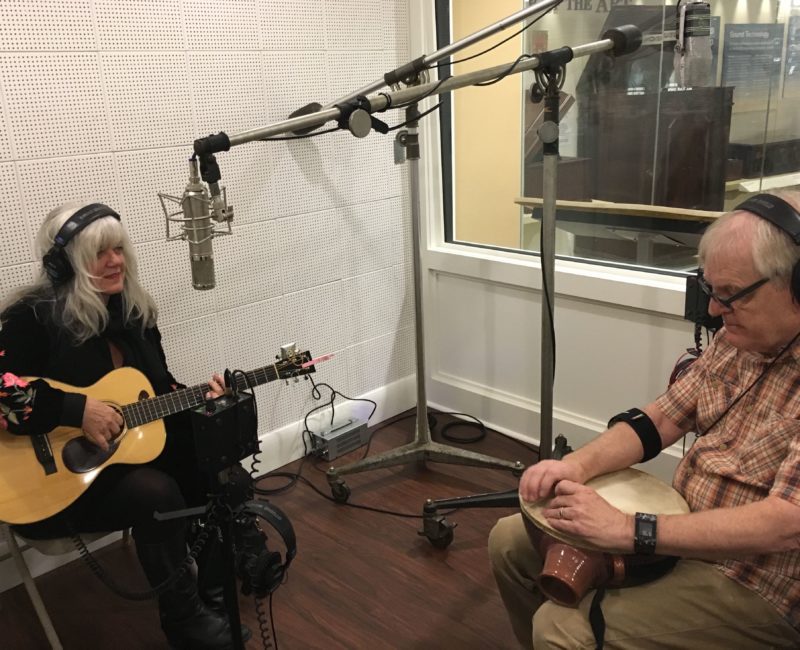 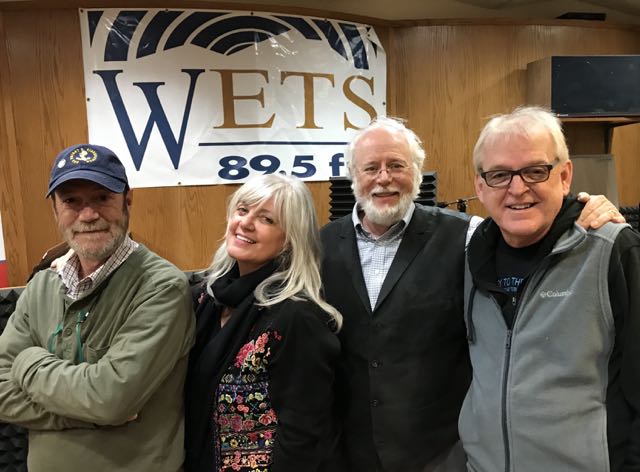 To listen to the entire WETS – FM show interview with DaveCarter and songs wit John Gardner press play below: 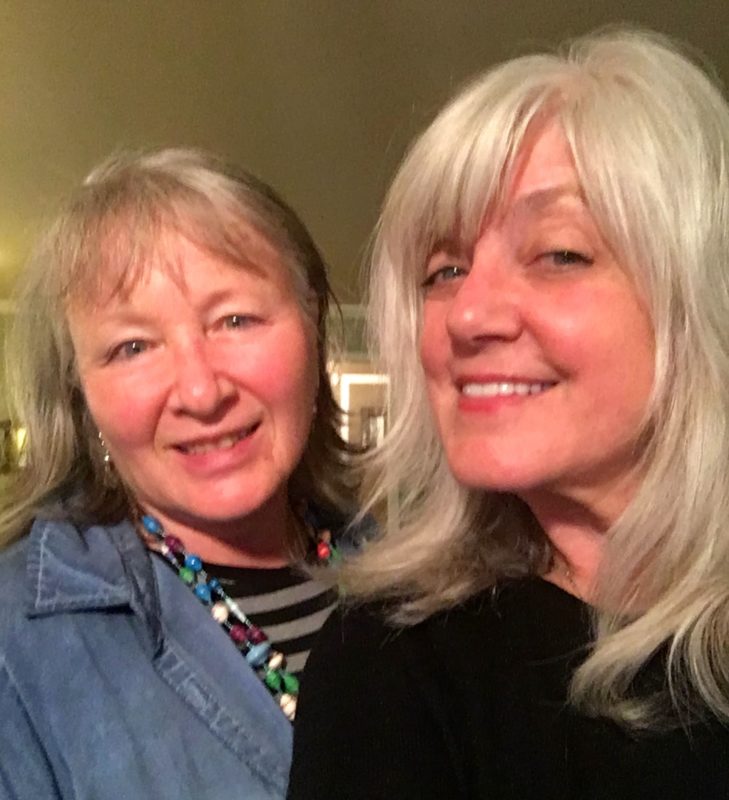 Listeners may tune to WETS-FM 89.5 or visit www.wets.org to listen to the HD1 live stream.

To listen to “Women on Air” WETS-FM phone interview with host Susan Lachmann press play below: 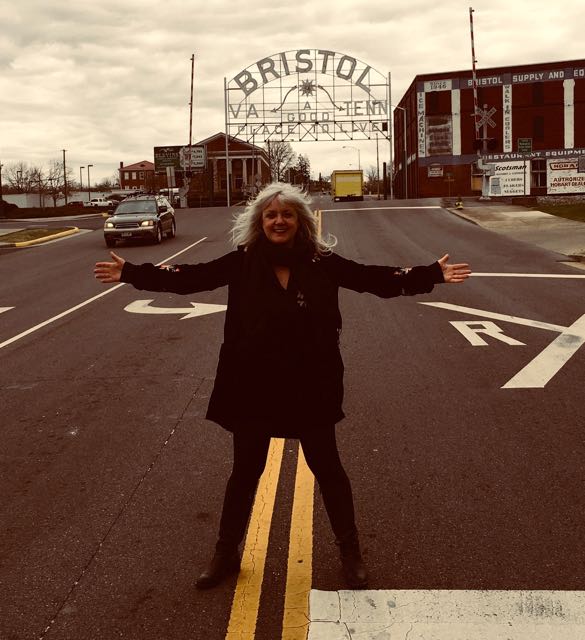 One Foot in Virginia and one foot in Tennessee

The Country Hall of FameMuseum movers came last week and with the help of our dear daughter, Jolie Goodnight Gracey ,helped us to place 3o boxes plus of archives where they belong. Its an honor to have placed not just Joe Gracey’s legacy but to have his many archives find a home at the museum;  periodicals, artifacts and especially a vast number of rare reel to reel recordings done by Gracey in the 70s in Austin. Way before digital recording existed he dragged his 4 track TEAC recorder all over Austin and captured the spirit of what The Country Music Hall of Fame Museum is calling “Country’s Roaring 70s” in their “Outlaws and Armadillos” exhibit which opens May 25 and will run for 3 years.

I also sent my Christian Lacroix dress I wore on the cover of my album “Angels Get The Blues” (recorded at Sun Studios with Cowboy Jack Clement) multi-tracks and archives that had to do with my “Outlaw Sweetheart” days working with Willie and Waylon and “the boys” and some platinum records I have received for my songs. It was an especially poignant moment to let go of my Rosewood D28 CF Martin guitar but I am happy and honored to have it there where it will also receive some badly needed repair.

Here below are some pictures of the big moving day and links to Rolling Stone, CMT and other articles announcing the opening of the exhibit. I’m excited to have been asked to perform at the big opening concert, which unfortunately is already sold out, especially because Delbert McClinton agreed to join me to sing his great song that was Emmylou’s first hit, “Two More Bottles Of Wine.”

Thanks so much to all of you who contributed to the Radio Dreams project to help make these promises to place these archives in safe-keeping where they can be properly catalogued and available for research for future generations of music lovers. 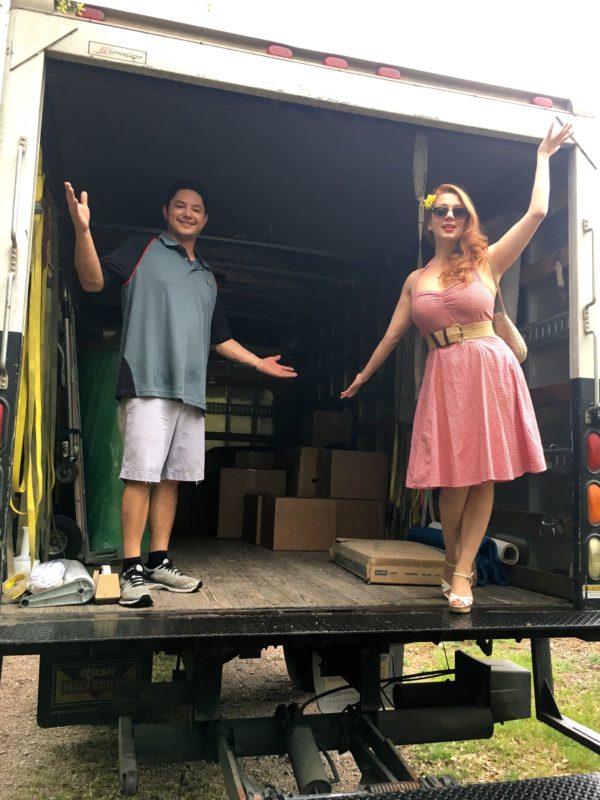 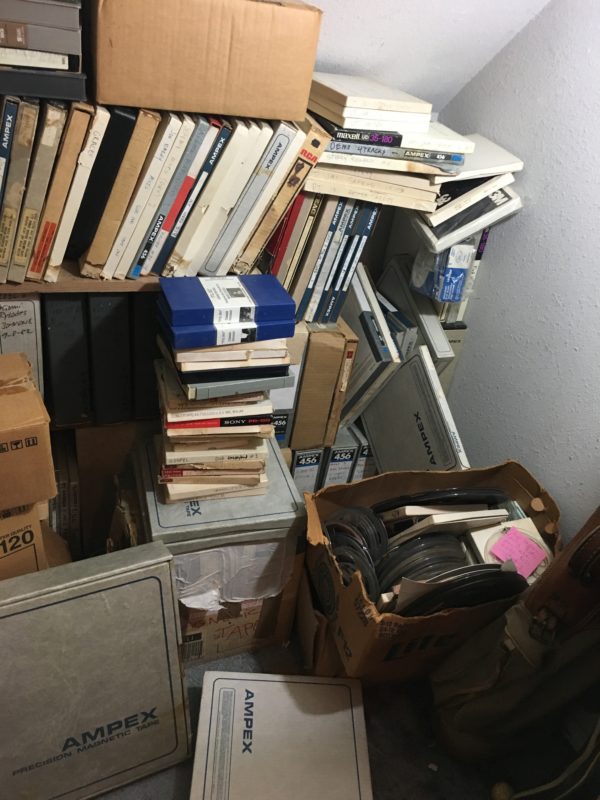 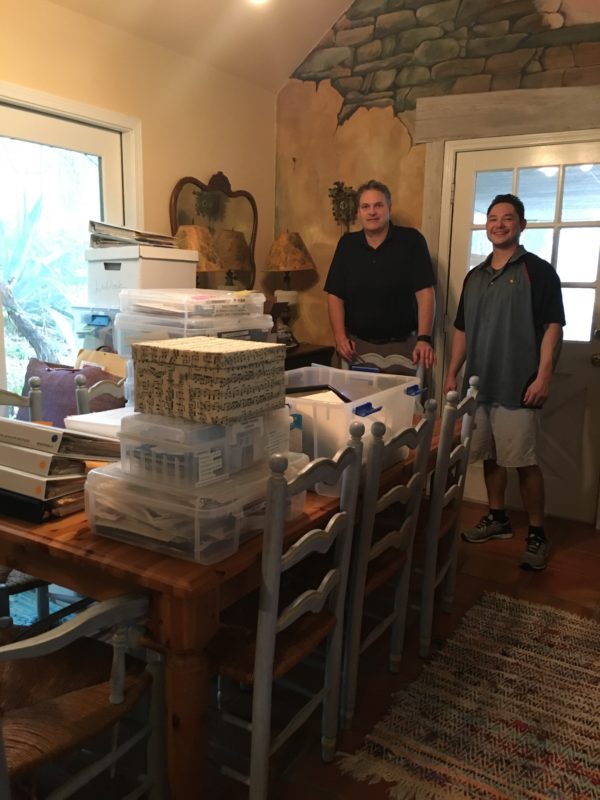 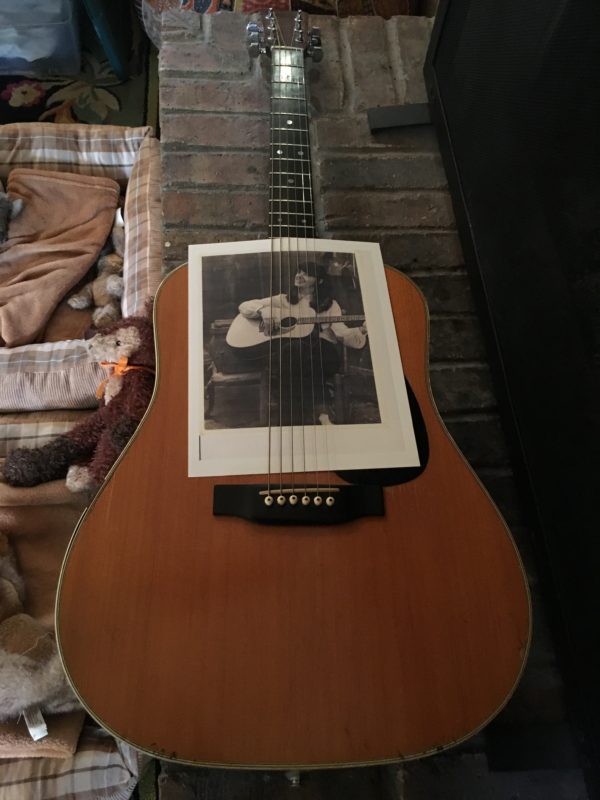 Read all about it here at the links below: 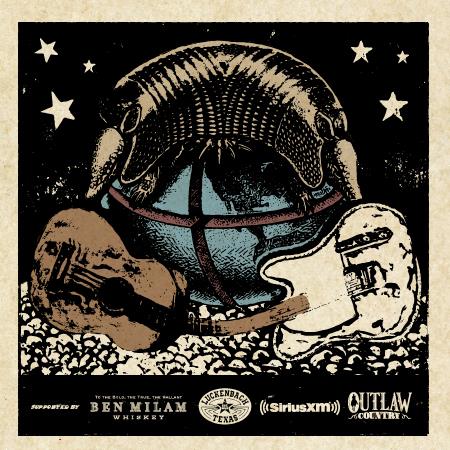