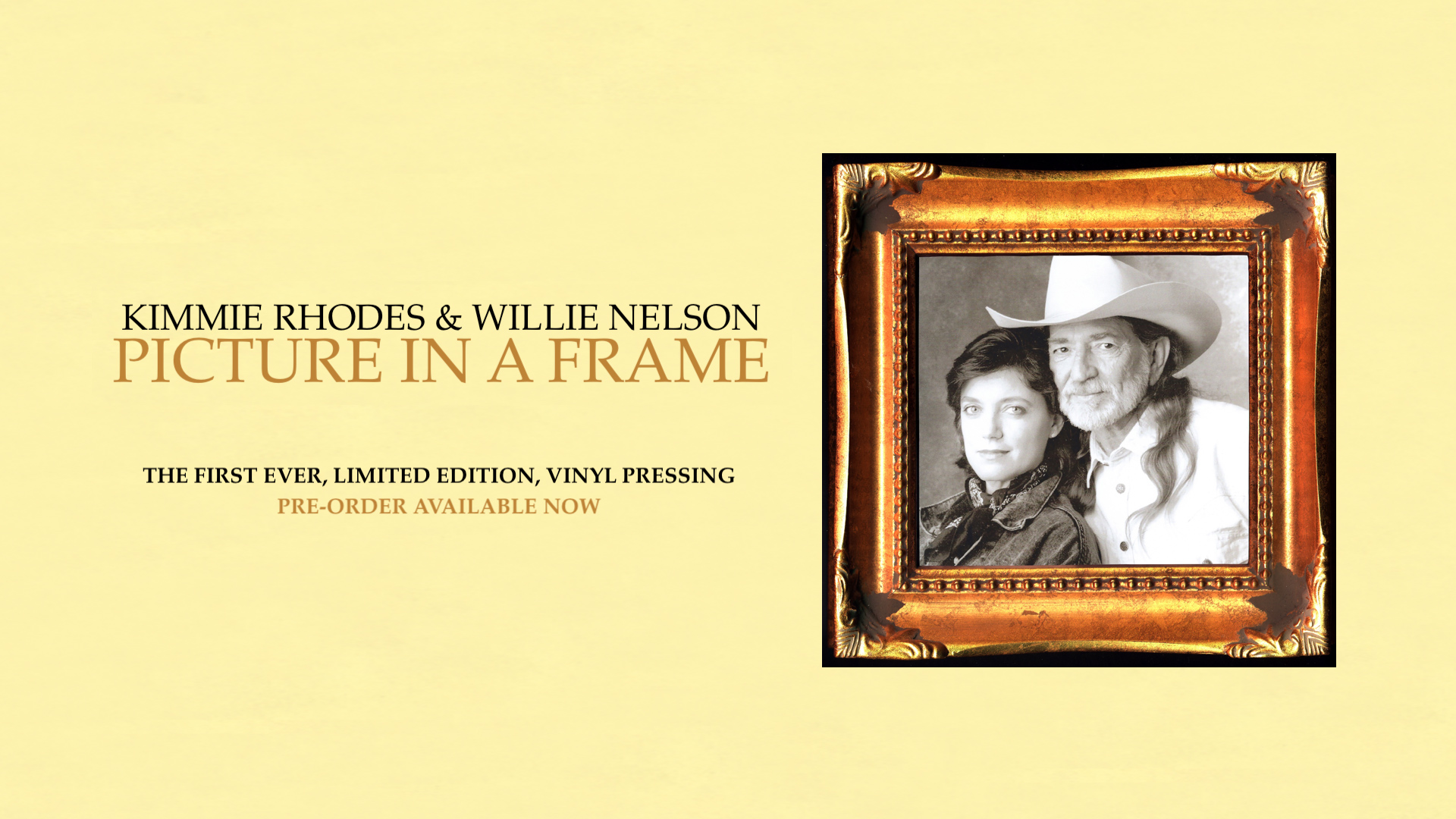 Click here to order a pre-sale limited edition of the vinyl release. Only 30 days left in the campaign!

Just before Christmas one year a bunch of friends and I were hanging out at Willie’s place, happy he was home from the road. He played his new song, It Always Will Be for me and I’m thinking to myself, “Man, this guy just never stops being able to crank out a killer song,” when he walks up to me and says, “Hey, after Christmas is over wanna cut a duet album?” “Sure!” Then he says, “Be thinking about what songs then and we’ll pick.” Without even thinking about it I blurted out, Let’s do Rodney Crowell’s song Till I Gain Control Again and your song Valentine ‘cause I’d love to sing those with you.” (Actually, Valentine is my favorite track on the album, but please don’t tell the other songs… and don’t tell Rodney!)

So, I started thinking and remembered the Tom Waits song, Picture in a Frame. I’d heard it on the Mule Variations album and had immediately thought what a great Willie cover that would be. I could just hear him singing, “I come callin’ in my Sunday best.” It was soooo right up his alley!

Joe Gracey and I had recently installed a new studio at Willie’s “World Headquarters Luck Texas” his western town movie set (built to shoot Red-Headed Stranger) in a tiny little wooden room just off the big room where the old antique saloon bar and kitchen were and where everybody would sit around the woodstove and play songs surrounded by Willie’s pictures and posters and memorabilia that cover the walls.

It’s a really soulful little studio and recording songs four feet away from Willie, us sitting, just a few feet away, facing each other, no need for headphones, everything is gonna “bleed” so no second chances or “fixes” later. Gracey was facing the corner at the computer, Gabe Rhodes on guitar and David Zettner on upright bass, set up on either side of us.

It’s how a record like this one should be made, good friends playing songs as they come to you, so into it you get it right on the first take, no fuss no muss– just love and songs. At one point I remember thinking that the sound in the little room made me feel like we were all sitting inside Willie’s famous guitar he was playing that day, Trigger. It felt like recording with my dear friend, hero and mentor in West Texas Heaven!

We also recorded a song I had written with Emmylou Harris that day, Love and Happiness For You, but I didn’t include it on the album in the end. I held it back because Emmy had just recorded it for her duet album with Mark Knopfler. Now its time has come! I am happy and proud to be able to unveil it as the bonus track on this special addition re-release of Picture In A Frame!

Willie and Kimmie swapping new songs with each other at Luck, Texas

Click here to back the project and pre-order now!  > https://qrates.com/projects/23599-picture-in-a-frame