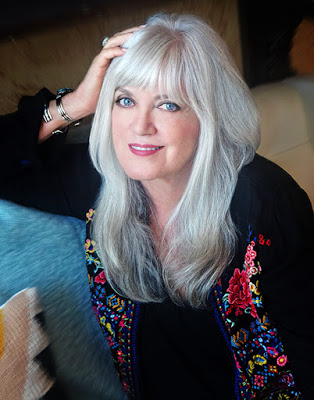 The Austin Chronicle calls Kimmie Rhodes “a prolific fixture in Texas music.” Today, she continues to make her home in the Texas hill country outside of Austin and is working on a new book with the working title “Eat or Die,” which, in her signature humorous style, offers gourmet reminiscences and recipes gleaned from her intrepid life as a touring artist and all around “foodie.”

She is developing a songwriting-storyteller show which will include a reprise of some of her best work along with some new material and will open that tour in the fall of 2022.  She has locked in some exclusive shows including a cruise, conferences, and festivals; as well as a limited number of her very successful “special event house concerts.”

Kimmie is also writing and making pre-production plans for a new album of all original songs to be recorded at her own Sunbird Studios this summer for a spring 2023 release. Kimmie spends several months each year in her second home in the South of France, writing and performing – and making plans for “what happens next.”